Cristiano Ronaldo broke the all-time men’s international goalscoring record as his late goals secured a spectacular 2-1 victory for Portugal in their World Cup qualifier against the Republic of Ireland.

Before the 89th minute, Stephen Kenny and his team were on the cusp of a famous victory at the Estadio Algarve and their first points of the campaign.

It was also two almost identical goals, with Goncalo Guedes shooting the first cross who was hailed by the Portuguese captain (89) to break Ali Daei’s record. Then, with the last kick of the match, Joao Mario sent a similar ball, which Ronaldo (90 + 6) again steered past Gavin Bazunu to bring his total to 111 international goals.

Previously, it had been denied on the spot:

Then the Republic passed by:

Excellent first half for Republic. Superb save by teenage goalkeeper Gavin Bazunu from Cristiano Ronaldo’s penalty kick in the 15th minute. Then John Egan leads Irish in front just before the break!#PORIRE pic.twitter.com/i7eBU8gMsJ

And it ended in tears for visitors:

Republic so unlucky. John Egan went 1-0 after Ronaldo was awarded a penalty by Gavin Bazunu.

Then Ronaldo struck twice late in the game, a late-game spectacle to break the world record for goals – and Irish hearts.#PORIRE pic.twitter.com/EjvRMa0Roh

Stuart Dallas is the latest star to step down. The Irish FA has released this update:

Northern Ireland’s senior men’s coach Ian Baraclough provided an update on his team ahead of the FIFA World Cup qualifiers against Lithuania and Switzerland as well as Sunday’s friendly against Estonia .

“Jonny Evans and his brother Corry will miss the triple header with injury while Stuart Dallas has also retired from the squad for personal reasons.

“George Saville, suspended, did not visit Vilnius before the Group C game in the LFF stadiums.” 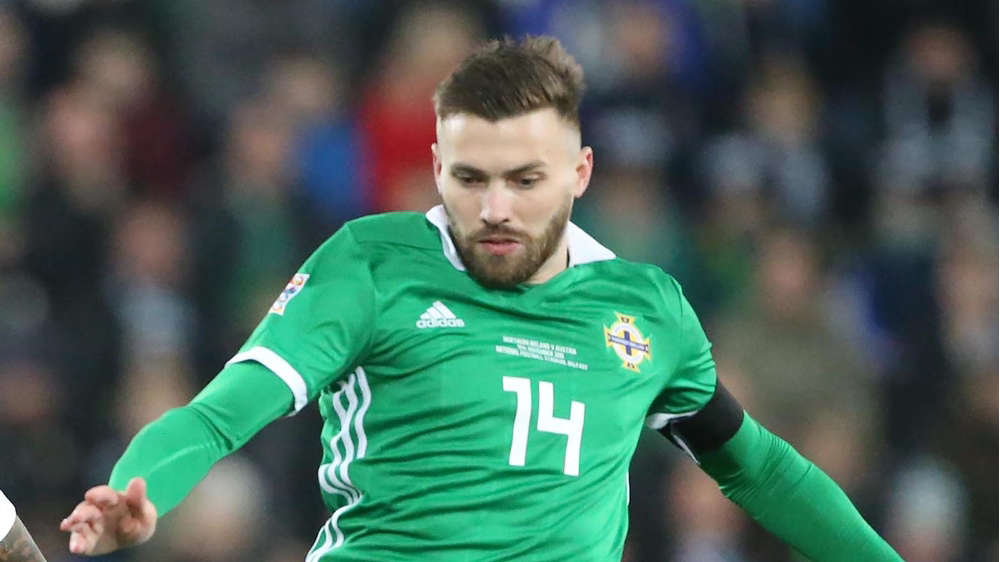